Get fresh music recommendations delivered to your inbox every Friday.
We've updated our Terms of Use. You can review the changes here.

Kill A Clown (No, Not Really) 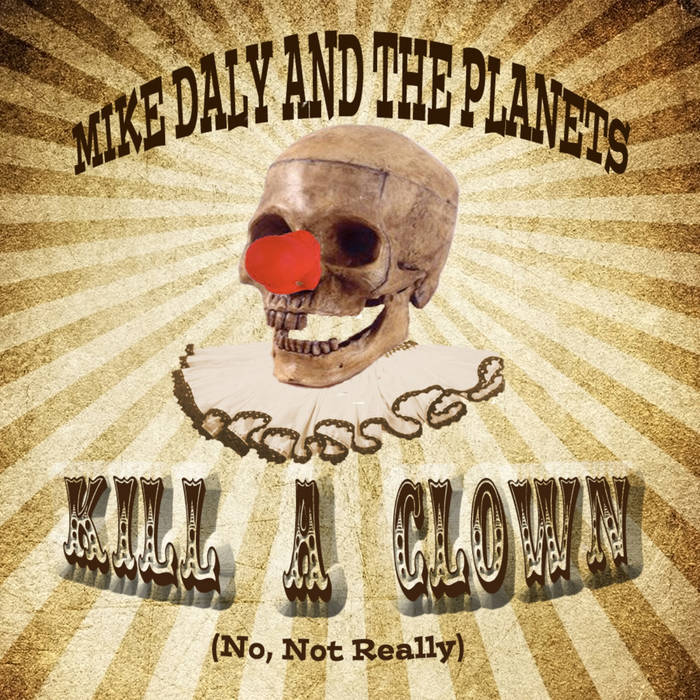 "'Kill A Clown' by Mike Daly & The Planets is a delicious slice of power pop out of New Jersey with chunky guitars and perfecto vocals. Daly sneers it good like the clown killer he is. Complete with kazoo break and gunshot, it's a visceral blast of goodtimey violence. Please note that no clowns were harmed during the recording. Daly's a cross vocally between Graham Parker, Elvis Costello and/or Joe Jackson.". -- MIKE GREENBLATT, Atlas Jams

"The New Jersey band Mike Daly and The Planets has created a theme song for those of us who have never liked Bozo or any of his ilk. I’ve been afraid of them (clowns, not Mike Daly and The Planets) since I saw a TV show as a child where some guy was haunted by a ghost clown. 'Kill A Clown (No, Not Really),' has a catchy, guitar-driven arrangement reminiscent of Webb Wilder or possibly ZZ Top, along with some exuberant backup vocals. It’s filled with funny lyrics about offing people with fake red noses like, 'I killed a clown in Kalamazoo/Made him choke on his own kazoo' and 'Killed them clowns in Zanzibar/Ran them off the road in that tiny car.' " -- TERRY FLAMM, Broken Hearted Toy

Take a painted-on smile
And turn it upside down
Yeah, it's fun
Grab a gun
Kill a clown

Soon the cops were on my trail
They picked me up and they put me in jail
Five minutes later, the chief came down
He said "Let the man go -- he only killed a clown"